A Vada Pav taught me a life lesson

Sharing the hospital room with my 19 year old daughter is Sapna (name changed) who has had a cancer relapse. In 2019 she was treated for blood cancer but a few weeks ago she was detected with brain cancer.

Accompanying her at the hospital are her parents. This farming family hails from Solapur in Maharashtra. A small patch of land is all that they own. The treatment costs are supported by NGOs. If this situation isn’t tragic enough a couple of years ago Sapna’s dad suffered a terrible electric shock. He fortunately survived but lost both feet. He had his legs amputated from his knees down. He walks with difficulty using prosthetic feet.

He sought the help of my daughter (who is going through immunotherapy) to track a payment of Rs 5000 which someone had electronically transferred to him. Using his phone to check his account my daughter could not find the credit but inadvertently noticed the balance which was a meagre Rs 18.50.

A little while earlier the father walked into hospital room with Mumbai’s anytime snack, the Vada Pav. He brought one each for his wife, daughter and for my daughter as well!

It struck me that despite having no money and being in need he was thoughtful and considerate to think of someone else and buy a Vada Pav. He had problems a plenty but chose to be generous. He had very little actually almost nothing but was content.

This was an eye opener for me. I learnt that I complain too easily and too quickly. Here was someone whose problems were far greater than mine. To name a few, he has no financial resources, his daughter is in the midst of a critical battle. He lost both his feet in a tragic accident . Despite this he had the ability and importantly the willingness to think about someone else . Wow!

The Vada Pav may have costed Rs 10 at most but to us it was invaluable. Truly it was a moving yet a powerful lesson.

GET INSPIRATION STRAIGHT IN YOUR INBOXES!

Certified executive and life coach with a goal to speak, inspire and teach people to excel in life and live out their purpose! 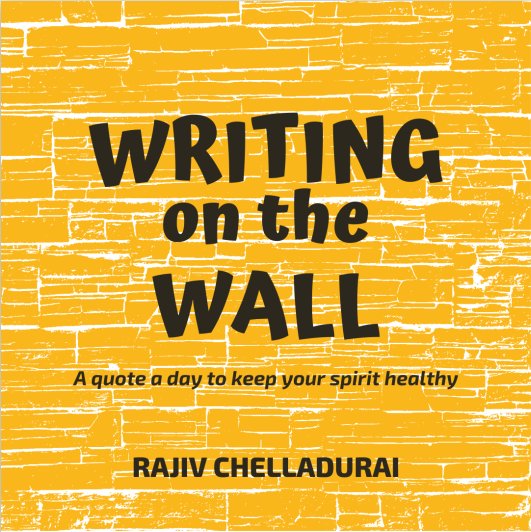 Get the Free Ebook

Writing on the Wall